Have you ever seen a bear dressed as a computer programmer?

We had a little fun over the new year, by dressing our little Honeypot mascot up as some famous computer programmers, developers and scientists from history. Check out the full results of #12devs below!

Matsumoto (a.k.a Matz) is the chief designer of the Ruby programming language. 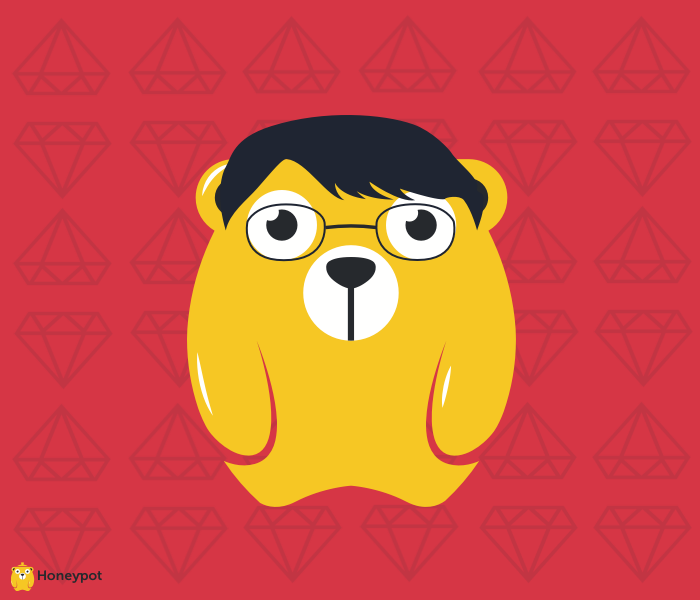 “Development of Ruby began at the same time as Java. Java was developed by the Sun Microsystems company, acquired by Oracle in 2010. On the other hand, Ruby was a language begun by myself. Java has been optimized to the extent where it now runs faster than code written in C++. Ruby cannot compete in terms of functionality and performance compared to the Java language, which is developed by a large corporation, but it does compete in terms of usability. I chose people…Ruby began as an individual project. Have you heard of the snowball effect? If you throw a small snowball down the side of a snow-covered mountain, it gets larger and larger as it rolls. Starting tomorrow, anyone can throw the next snowball.”

Richard Matthew Stallman (a.k.a RMS) is a software freedom activist and computer programmer, famed for the GNU Project and his Free Software Foundation. 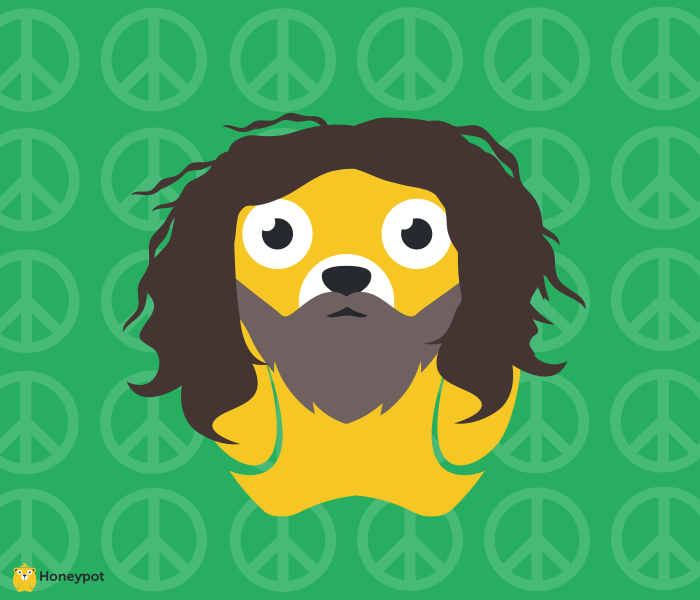 “The open source movement focuses on convincing business that it can profit by respecting the users’ freedom to share and change software. We in the free software movement appreciate those efforts, but we believe that there is a more important issue at stake: all programmers [owe] an ethical obligation to respect those freedoms for other people. Profit is not wrong in itself, but it can’t justify mistreating other people.”

Tim Berners-Lee is an English computer scientist, best known as the inventor of the World Wide Web. 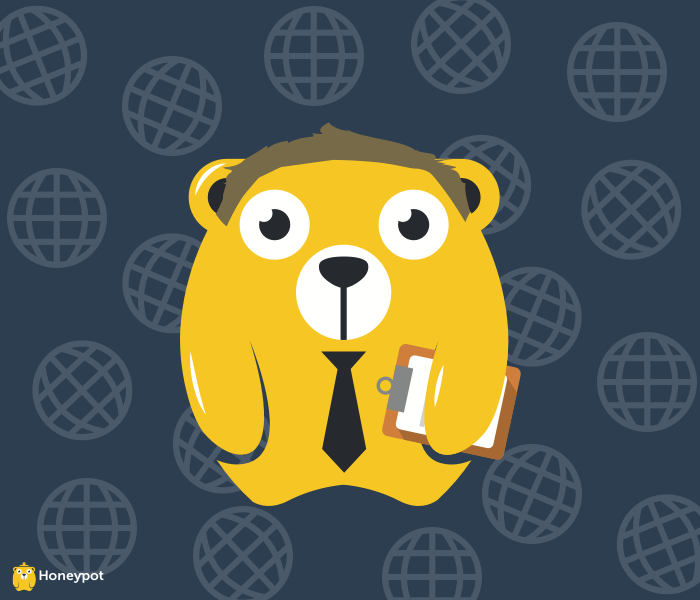 “I’ve been very satisfied with the international spirit [of the web]. It’s wonderful how the Web has taken off as non-national thing. I don’t think of it as international, because that’s nations getting together. The Web took off without regard for borders at all. People have chipped in with all kinds of creativity, inventiveness, and hard work from all over the planet at the content level and the standards level. The diversity of stuff you see out there is amazing.”

Ada Lovelace was a British mathematician and writer, credited with writing the first algorithm. 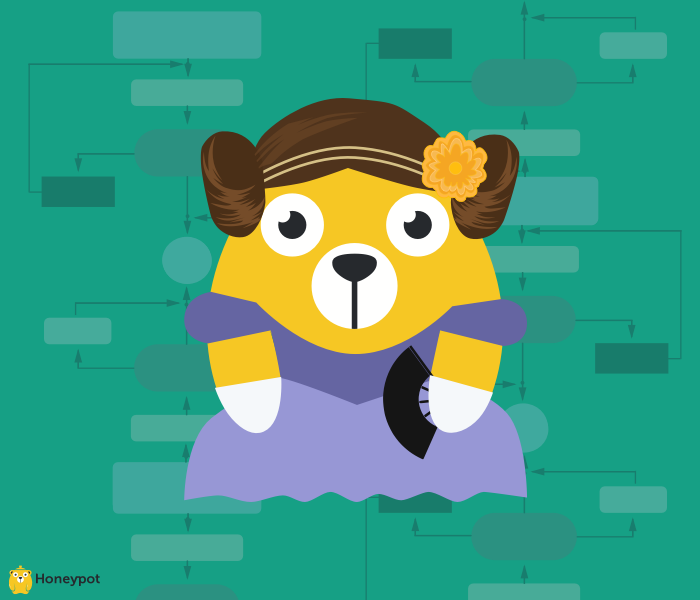 “Many persons who are not conversant with mathematical studies imagine that because the business of [Babbage’s Analytical Engine] is to give its results in numerical notation, the nature of its processes must consequently be arithmetical and numerical, rather than algebraical and analytical. This is an error. The engine can arrange and combine its numerical quantities exactly as if they were letters or any other general symbols; and in fact it might bring out its results in algebraical notation, were provisions made accordingly.”

Linus Torvalds is a Finnish-American programmer best known as the creator of Linux and Git. 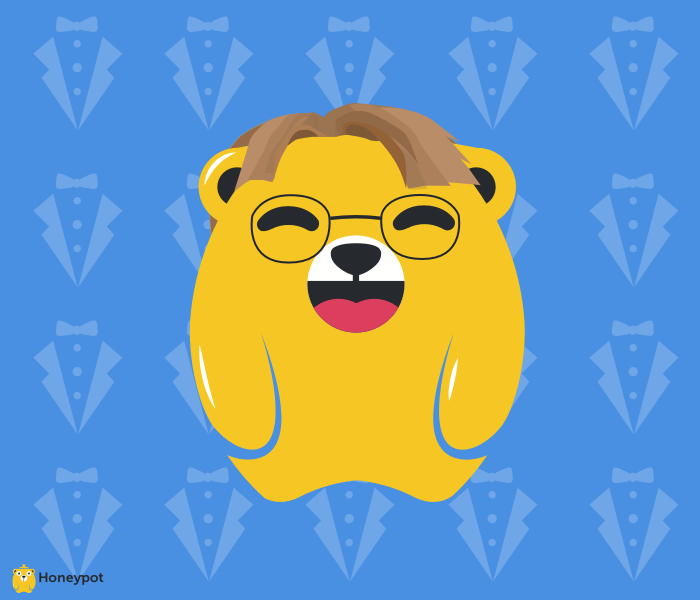 “It’s not that you do open-source because it is somehow morally the right thing to do. It’s because it allows you to do a better job. I find people who think open-source is anti-capitalism to be kind of naive and slightly stupid.”

—Linus Torvalds in interview with Bloomberg, 2015

James Gosling, is a Canadian computer scientist, best known as the father of the Java programming language. 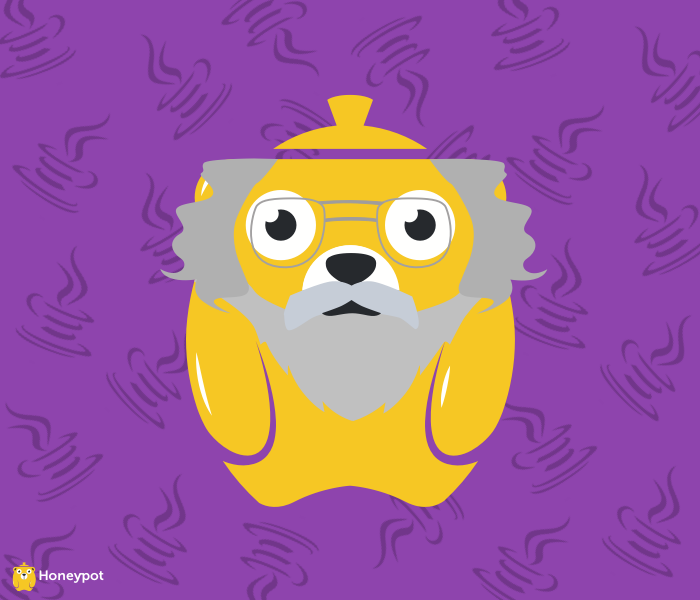 “I never expected Java to become so popular. At the time at Sun, we had this process of writing your goals for the upcoming year, and I wrote my goal for 1995 as “getting 10,000 people to download Java and try it.” Eric Schmidt, who was technically my manager at the time, thought I was being way too optimistic, but signed off on it anyway. I kind of blew through that pretty fast. My expectations were pretty low.” 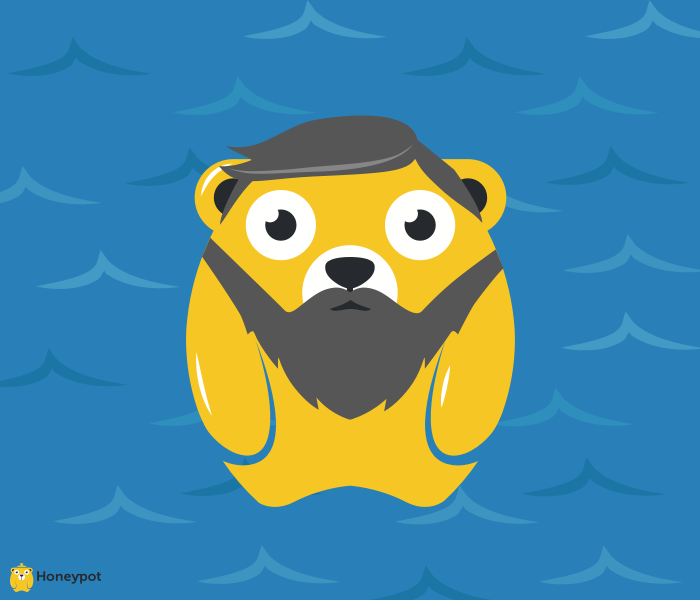 “Another danger [to computer science research] is that commercial pressures of one sort or another will divert the attention of the best thinkers from real innovation to exploitation of the current fad, from prospecting to mining a known lode…Perhaps this effect explains why so few interesting software systems have come from the large computer companies; they are locked into the existing world. Even IBM, which supports a well-regarded and productive research establishment, has in recent years produced little to cause even a minor revolution in the way people think about computers. The working examples of important new systems seem to have come either from entrepreneurial efforts (Visicalc is a good example) or from large companies, like Bell Labs and most especially Xerox, that were much involved with computers and could afford research into them, but did not regard them as their primary business.”

Margaret Hamilton was Director of the Software Engineering Division of the MIT Instrumentation Laboratory, which developed on-board flight software for the Apollo space program. 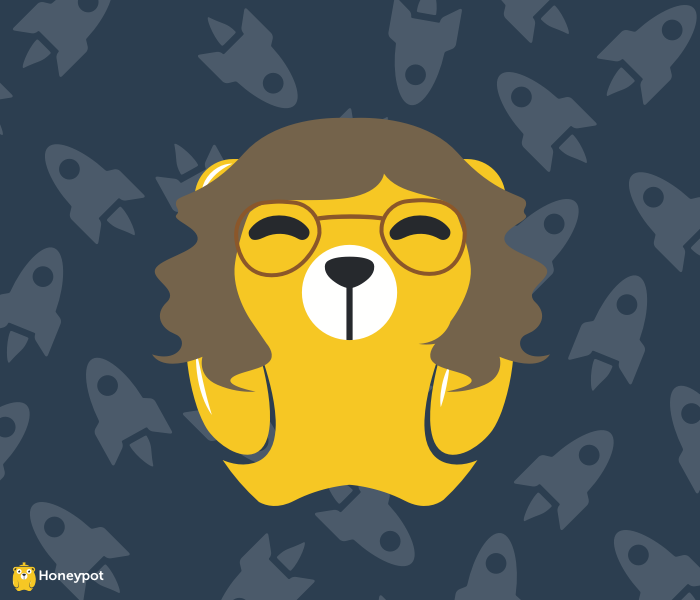 “Software during the early days of this project was treated like a stepchild and not taken as seriously as other engineering disciplines, such as hardware engineering; and it was regarded as an art and as magic, not a science. I had always believed that both art and science were involved in its creation, but at that time most thought otherwise. Knowing this, I fought to bring the software legitimacy so that it (and those building it) would be given its due respect and thus I began to use the term “software engineering” to distinguish it from hardware and other kinds of engineering; yet, treat each type of engineering as part of the overall systems engineering process. When I first started using this phrase, it was considered to be quite amusing. It was an ongoing joke for a long time. They liked to kid me about my radical ideas. Software eventually and necessarily gained the same respect as any other discipline.”

Bjarne Stroustrup is a Danish computer scientist, most notable for the creation and development of the widely used C++ programming language. 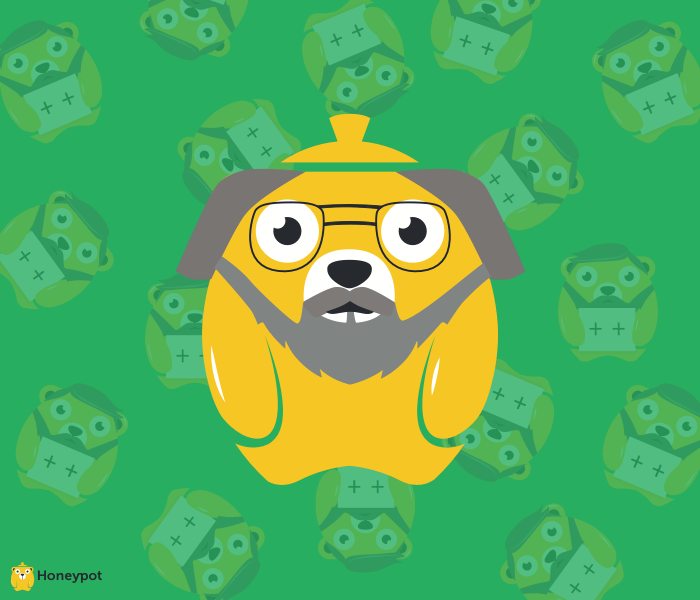 “My initial aim for C++ was a language where I could write programs that were as elegant as Simula programs, yet as efficient as C programs. The projects I was considering at the time had to do with distributing operating systems functions and applications across a number of computers in a local-area network. I had to consider both the complexity of the total system and the efficiency of the lowest-level facilities. The object-oriented facilities from Simula helped with the former, and the systems-programming facilities of C with the latter.”

—Bjarne Stroustrup in interview with Dennis Ritchie and James Gosling, 2000

Guido van Rossum is the creator and benevolent dictator for life (a.k.a. BDFL) of the Python programming language 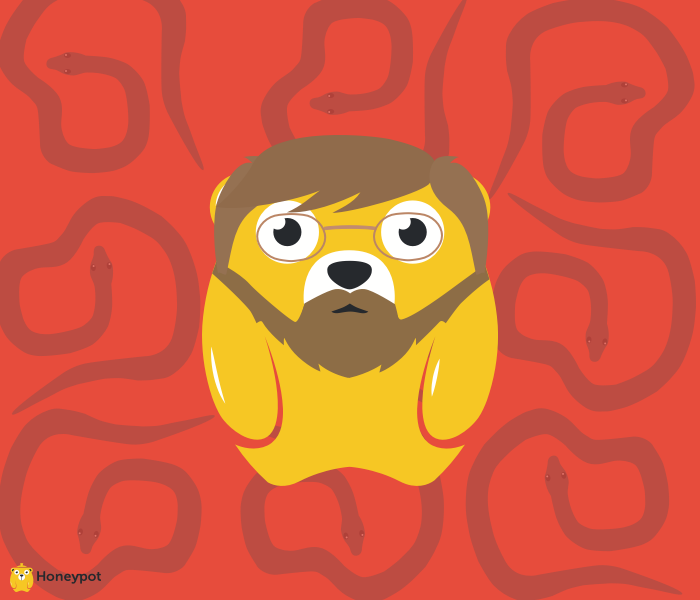 “Things come and go. I don’t know where Python will be five years or fifteen years from now, but I’m not worried that Python will suddenly disappear. I expect that Python still has a large path ahead of it, where it will absorb new ideas and adapt to new environments. I also expect that, at some point, something else will happen that gradually takes over, maybe borrowing ideas from Python but putting them into a different shape or combining them differently with ideas from other languages.”

Eric S. Raymond is a computer programmer, advocate of open source software, and author or editor of several written works, including The Cathedral and the Bazaar and the Jargon File. 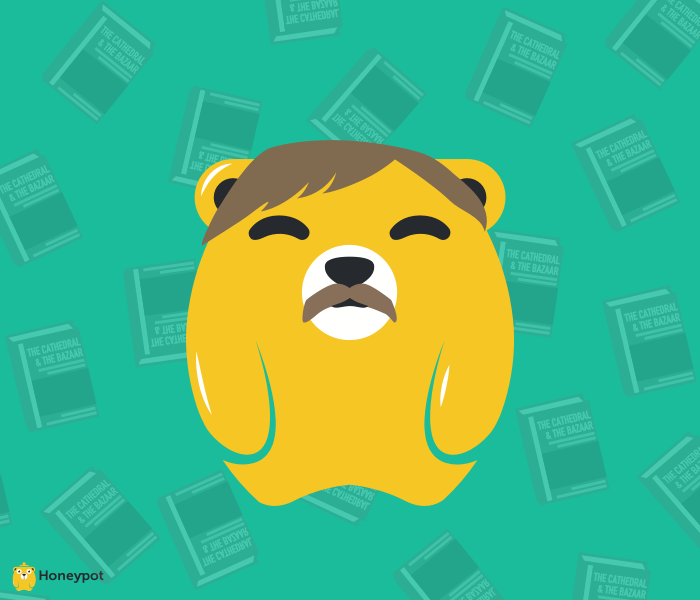 Ken Thompson designed and implemented the Unix operating system with Dennis Ritchie and since 2006 has worked at Google, where he co-invented the Go programming language. 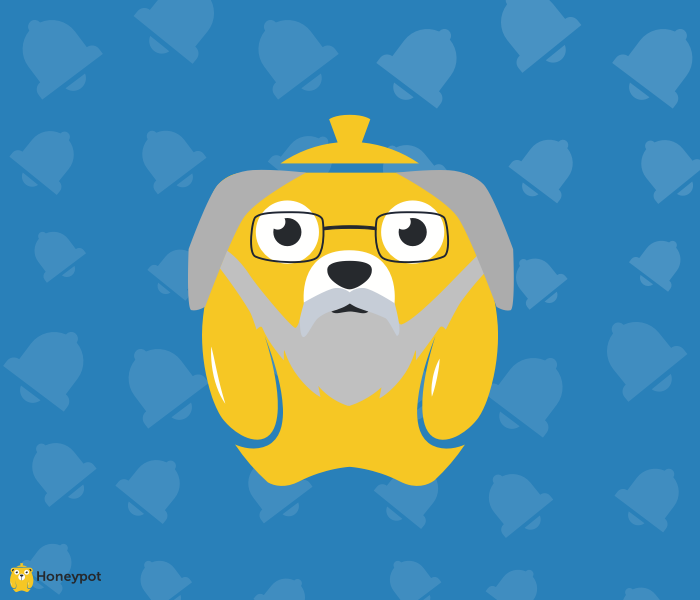 “Unix was a very small, understandable OS, so people could change it at their will. It would run itself—you could type “go” and in a few minutes it would recompile itself. You had total control over the whole system. So it was very beneficial to a lot of people, especially at universities, because it was very hard to teach computing from an IBM end-user point of view. Unix was small, and you could go through it line by line and understand exactly how it worked. That was the origin of the so-called Unix culture.”