Comparing AutoTech in Germany and the US: An Interview with Kerry Wu, CB Insights.

Kerry Wu is Senior Tech Industry Analyst at CB Insights, a technology market intelligence platform. Kerry leads CB Insights’ autotech newsletter and mobility research, tracking startup developments, investments, and emerging business models across the automotive, transportation, and logistics industries. In this interview, Kerry talks to Honeypot about the state of AutoTech in America and Germany and what strategies large automakers are employing to attract software developers.

Note: This interview was conducted in February 2017.

If you had to describe the state of AutoTech in one word, what would it be?

I think the best word you could use to describe AutoTech in the States right now would be hectic or chaotic. I’m sure you saw Ford recently took a billion dollar stake in an AI driving company. It’s certainly still difficult to see who will be pulling ahead of the pack, especially in terms of the incumbent automakers.

American automakers, as well as the Germans and the Japanese, are all looking to place a stake in this up-and-coming market. They’re scrambling to look for ways to make up for deficiencies or shortcomings they might have especially on software development, machine learning, all of those angles.

The automakers are looking for talent. A lot of players are still open, in that they are exploring a lot of different business models from robo taxis and car sharing, to new ownership paradigms, so there are a lot of questions open on the table. In sum, we are seeing a lot of uncertainty and hecticness. Its definitely an interesting state in the industry right now. 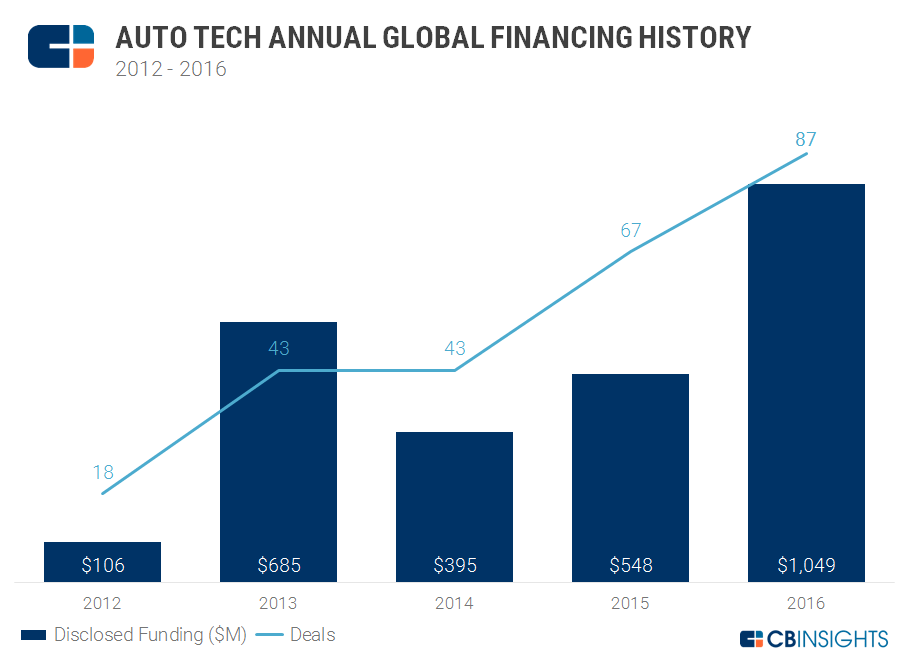 For sure, it seems like there’s a land grab going on with the big carmakers trying to get their hands onto as much intellectual property as possible. Which organization do you think is most prepared to shape the future of autonomous driving?

I think land grab is a very good way to characterise it at this stage with a lot of them being stealthy and perhaps opportunistic as well. There’s a few billion dollar deals going around - look at this recent Ford deal with Argo.

Overall, Google - or now the Waymo programme - is in the best position, despite the troubles they’ve had lately with personnel departure. They have the longest tenure in urban driving or autonomous driving effort that’s out there and they’ve certainly amassed the largest pool of high fidelity data. They are certainly the party with the most data and experience.

How does Tesla compare to Google in terms of their autonomous driving capability?

I don’t know if you would count Tesla in there with Google. Tesla has milage but Google’s data is richer. Tesla have a fair amount of experience with their autopilot and their semi-autonomous system, but Tesla tester suites aren’t as robust. Their data pool is not as refined or as valuable as their broad numbers may make it seem. 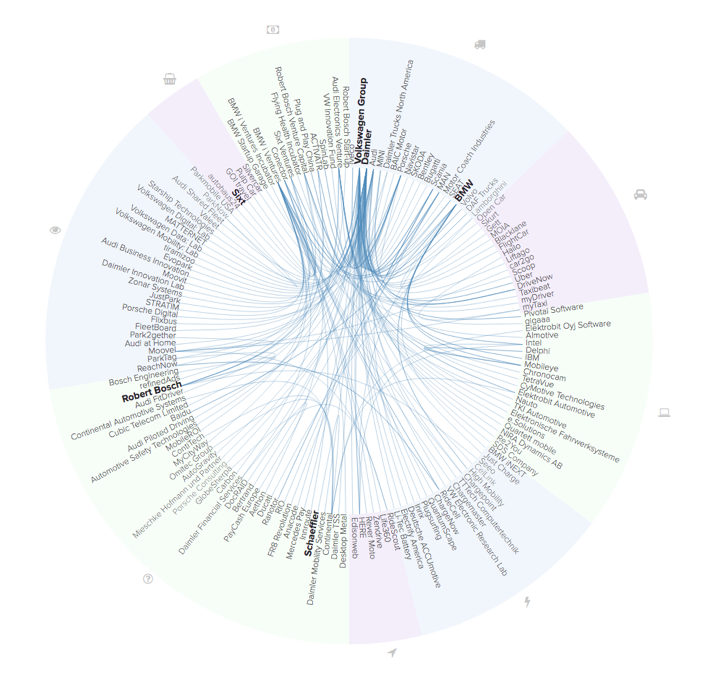 Check out our Wheel of German AutoTech.

If you were to look at traditional automakers, who do you think is the most advanced?

Traditional automakers were taking a more incremental approach until all the hype around autonomy and tech companies triggered a rush towards full autonomy.

If we think about some of the more traditional automakers, I would say the most competitive is probably Daimler with Mercedes. In terms of their driving assist systems, it’s probably the closest to autopilot.

American automakers are scrambling to make blockbuster acquisitions, like GM with Cruise and now Ford with Argo. The Cruise programme released some videos from the street with impressive driving footage in San Francisco. Having a San Francisco office and retaining the Cruise brand would obviously help them recruit the talent you need for this type of challenge.

If you speak to people in the industry there’s a sense that not everyone is founding a company with the intent of building a sustainable business, what do you say to that?

To a certain extent, this could be true. It could be a group of experts or researchers standing together sort of optimistically, not to name any names. With any new space I think that’s a little inevitable that you’ll see those opportunistic players popping up.

It’s a challenge for both investors and existing automakers who are looking for acquisitions or investment targets to tease out who is really a team dedicated to this problem of autonomy and who is looking to capitalise off a panicking automaker or something along those lines. 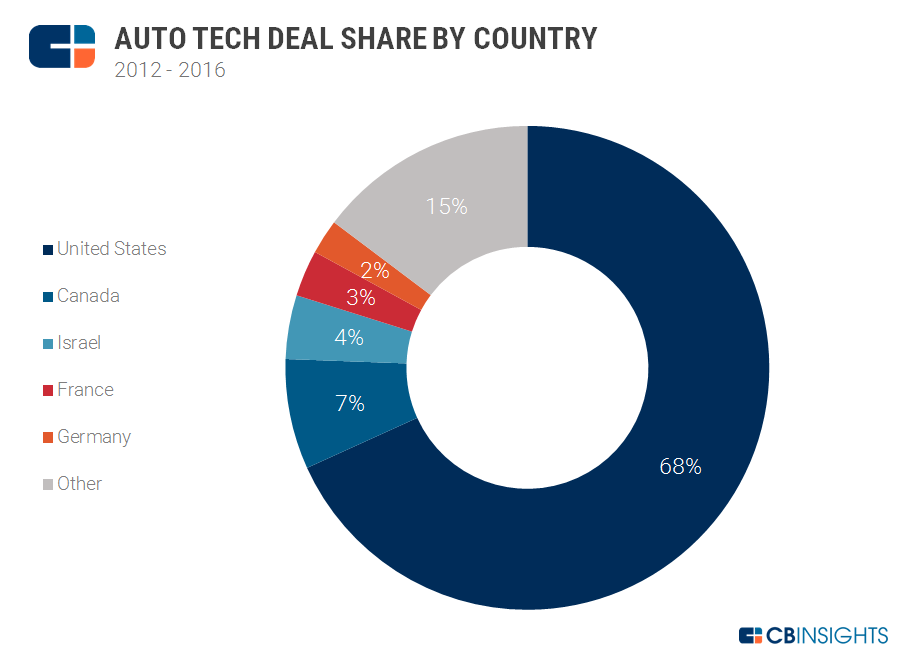 There is a lot of collaboration between the German automakers. Daimler recently announced a partnership with Uber. HERE is also owned by Daimler, BMW, Audi, and Intel. What do you make of this trend? Do you think there will be more partnerships like that, more consolidation?

I definitely think German automakers have been good at swallowing their pride. They realised where the deficiencies and talent gaps might lie.

I think the Daimler deal with Uber is a really good example. They also seem to have the most diverse strategy when it comes to finding a partner for ride-hailing. They have myTaxi and the moovel subsidiary that they’ve established for these next generation mobility services, or however you like to brand them.

They’ve also invested in Blacklane, I believe they have a majority stake in Hailo to add to their portfolio, so they have a range of homegrown ride-hailing solutions. Then they also go and pen this deal with Uber, so it seems like they’ve hedged their bets in many directions which is very interesting to see.

Certainly of all the automakers, Daimler have positioned themselves in a way that they have a plan A and a plan B, you can see those different scenarios playing out.

What are your thoughts on the strategy of other large German automakers?

Not all the German automakers are making huge splashy startup acquisitions as some of the American ones have, but certainly they’re looking for creative solutions and different types of alliances that will help them. You can see this with the hardware and talent. All automakers are struggling to bring on board thousands of software engineers. Hiring that many tech qualified engineers out of the blue is arguably the biggest challenge they face. I think there’s been a lot of creative solutions thus far and I wouldn’t be surprised to see it continuing going forward.

Who do you think will be able to live up to the splashy predictions that have been made? Ford, for instance, want to have fully autonomous vehicles in mass production by 2021, do you think at the current rate that this is possible? What are some challenges that are ahead for AutoTech to reach this futuristic vision?

That is the question, right? And a lot of automakers, startups and tech companies are making these types of predictions about 2019, 2020, 2021. Somewhere around that time frame they’re promising that they will have full autonomy. Obviously that’s a number of years out, but I think we will achieve it.

I think it’s a realistic goal to achieve level 4 autonomy, which is right below the highest level, level 5. What level 4 means is that a vehicle will be capable of fully autonomous driving without human interaction, within defined spaces. So this could be specific urban areas. Let’s just take Ford as a specific example, in certain towns the car is totally capable of handling its own driving because they’ve pre-vetted it, or mapped out the streets in enough detail for full autonomy. But outside of that zone it may not be fully autonomous.

I think many players have been careful not to comment on full autonomy as in, ‘this car will autonomously drive you to any destination that you wish. I think if you look at the language, they’ve been wording things carefully because it’s obviously a very different scenario to account for every single type of terrain, road, weather condition, whether an area has been pre-mapped or not. I would be very impressed if anyone could tackle all of those problems within a 4 or 5 year timeframe.

You mentioned that all of the big auto players are talking about hiring as being one of their main challenges, have you seen any special strategies among automotive players or autotech startups in terms of hiring?

That’s a really good question. The Argo deal with Ford is the most creative strategy that we’ve seen thus far. Ford bought Argo, but they’re allowing it to retain a significant level of independence as well as issue its own equity. We’ve seen reports that Argo are reserving their own right to IPO as well. All of those moves - and their CEO references this directly in the press release - are being made to attract and retain the talent, which has been such a major problem for them.

If this startup can maintain its own identity, issue its own equity, and perhaps have its own IPO or path to that sort of exit, those are all things that will really help them when trying to lure developers to the table, things that a traditional automaker hiring directly couldn’t do. So I think that’s a very creative solution. GM’s Cruise deal is not quite as interesting of a structure but I think is still along the same lines of retaining a startup’s brand of independence.

What do you think are the very distinctive skills of software developers who would be working in the industry?

In terms of what skills software developers would need, that encompasses everything from machine learning, computer vision, to just ingesting and distilling the massive data sets that are coming out of these autonomous driving vehicles and interpreting them. There’s a number of startups that are purely working on a data layer on top of the autonomous systems themselves, so I think there are a lot of opportunities there as well.

I’m sure you might have seen programmes like Udacity, the education startup who are creating their own self-driving nano degrees, or training programmes that are helping developers adapt to these sort of skills and things they might need on the fly. Certainly coming at it from a lot of angles. Automakers are getting creative with a lot of hiring strategies and different education and professional development startups coming in to serve the needs of developers who might want to learn some sort of skill for this industry. 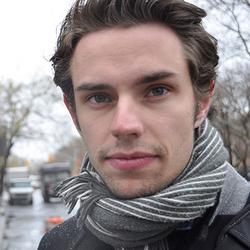 Frederik is Head of Business Development at Honeypot. Before moving to Berlin, he lived in New York, Bangkok and Shanghai. Reach out if you want to grab a beer and talk about all things Honeypot or sports - he is a diehard FC Köln fan