Errors and Exceptions (in Rust)

An introduction to errors and exceptions handling using Rust as example.

Error: An unusual and unexpected situation in the running program that can be resolved only by fixing the program (i.e. out of memory).

Exception: An expected and irregular situation that happens at runtime (i.e. read-protected file).

The main difference here is that errors are unexpected (and usually lead to exploitable bugs) and are often hard to predict (did someone whisper overflow?), while exceptions are expected (you know that they could happen) and usually lead to a crash of the application when not handled (for example when you want to modify a file that actually does not exist but you didn’t think about this possibility).

How popular languages deal with exceptions

We could split programming languages into four categories based on the way they handle exceptions:

The most popular language that implements the features of the first category is Java. The second category is basically huge, and includes most of the languages over here: C++, Python, Ruby, PHP, JavaScript and so on.

Usually handling exceptions in this very OOPish way is quite expensive in terms of resources. The C programming language does not have any knowledge about exceptions and most projects (the Linux kernel included) handle them with ifs and gotos to jump to the block where a task gets rescued. It’s obvious that this trait asks developers to be completely aware about all the edge cases of their code and to write especially clean code.

The last category is the most appreciated inside the functional programming world. The concept is that instead of returning NULLs or raising exceptions in case of failures (i.e. an hashtable that does not include a given key), an option type is used that can either encapsulates a value or being empty. Haskell uses an option type called Maybe that accepts Nothing or Just x while Rust, Scala, OCaml, Swift and others use an Option type that accepts None or Some(T). Through decostruction via pattern matching, the developer can handle both of these cases.

Let’s see shortly what in practice this does mean exemplifying with a language that despite is not purely functional, implements and makes extensive use of monadic types.

This section wants to go a little deeper on what it’s been said previously. Please look at this article and the Rust book for a great learning about this!

As said, talking about exceptions, the only tools Rust gives to developers are Option<T> and Result<T, E>. They are everything but magic, being so easy that you can implement them by yourself in a couple of lines, as done in the article linked above. And they are terribly optimized in compile-time too, so that their usage is almost cost-free.

I’m the kind of person who prefers to leave the code to talk for itself. Please have a look at this snippet.

We define a dictionary containing the name of the books as key and the count of volumes in the stock as value. The get() method returns an option type that we want to deconstruct through pattern matching, extracting so its value if it’s present.

Instead of using pattern matching we can also unwrap() the value directly in this way. This method basically extracts the value from an Option<T>, assuming it is_some().

It is quite a double edged weapon though. If the Option<T> is_none(), meaning that it has not a value encapsulated, it will panic! as you can see here.

panic! is a macro defined in the Rust’s standard library that aborts the current thread (this means that our multi-threaded applications can be still alive too :)), causing most of the times the crash of the application, in the same flavor of a Ruby or Python’s unhandled exception.

We don’t care that our returned value is an Option<T> instead of the plain value as long as we don’t need to use it. Pattern matching, unwrap(), unwrap_or() and unwrap_or_else() (documented here) are usually everything we need to keep our code safe from unexpected values that can be returned.

We can live in a world without NULLs. It sounds kinda like a dream, doesn’t it? But it’s real.

Basically it works like Option<T>, but instead of accepting Some(T) or None, these options are replaced by Ok(T) and Err(E). Ok(T) basically works exactly like Some(T), encapsulating a generic value, while Err(E) is a wrapper for a value that represents the error (as it is generic, despite what it can looks like, it can be whatever thing you like, a string containing an error message included).

Initially we said that errors are unexpected and unusual situations in which the program can end into.

Most of the languages represents the most common errors with actual exceptions (i.e. OutOfMemoryError) but they’re not really supposed to be handled, and so what they do is only giving a reasonable message about the reason of the crash of the application.

Smart compilers like Rust’s help avoiding errors in compile time, providing strict rules and checkings on everything the programmer does, like the ones related to the memory management.

In case of errors like an index out of an array’s bound (which index could be inputted by the user and cannot always be expected, for example), actually there’s a brand new panic::catch_unwind() method that does exactly what Try...catch or Begin...rescue do, but it needs to be used conscientiously, as it is not a shorthand for option and result types. Please read Rust 1.9 announcement to learn more about catching panic!s and more. 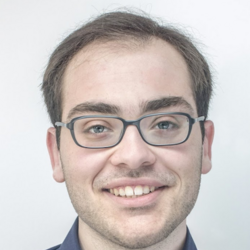 Giovanni Capuano is a software developer at Honeypot. Passionate about Japanese culture and お茶. He loves designing and working on small, fast, well-tested and language-independent code bases that talk to each other and are built with the technologies that most suit them.