What does the future hold for female developers?

Let’s see what they had to say…

The future of programming is a big and uncertain subject, but in my opinion we will see languages designed for domain specific requirements. Though generalisation has been key to progress the technological landscape is growing ever more vast and complex, ence the evolution of programming languages will turn T-rexes into chickens and scripts into full-stack. Looking at what is already up and coming, Rust is a language that works well where integrity is important in exposed environments, such as web browsers. Explicit object ownership contributes to keeping the client safe from hostile takeovers, though puts the team working with it through new hoops. Further, in high performance systems functional languages will be prevalent due to it is inherently guaranteed to run without side effects. I do not believe that object oriented languages like Java or C# will disappear, as they are easy to get started with ("Build an app today!") and quite versatile after all, this puts them in the group of productive languages that find a way to survive even if they have to evolve. It is presumptuous to say that these type of languages will always be around, though it is difficult for someone who grew up with object oriented languages to imagine anything wiping them out.

Alvean is a Swedish and works as a Java developer working in a small team at a large corporation. Her curiosity for new technology is often evoked by everyday needs, such as having a near-sighted cat - this compelled her to learn Python to build an automated night light system! 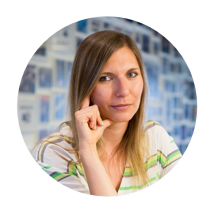 That is an interesting and hard question, especially because in my career I’ve used only object-oriented languages. Currently I’m learning Swift, which has features common for functional programming languages, but yet it is not a functional language. Observing the evolution of languages, we can see that languages that were OO for so long, like Java and C++, are bringing FP features. Software development is not about being fanatic for a particular paradigm, it is about producing reliable software, and we can choose what to use, what helps us, in order to achieve that. I hope we can get best of both OO and FP paradigms and go hybrid.

Aleks has been an iOS developer since 2008 and is currently working as Mobile Engineer at SoundCloud. She co-organizes WomenWhoCode Berlin and is passionate about women in tech. 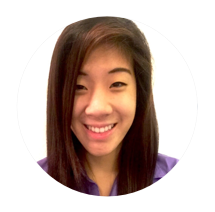 Now having coded for 6 years and worked in industry for almost two, I can say I've already noticed quite a drastic change in how code is written. As compilers and runtime environments become more complex, humans can be somewhat less precise about the programs they write. For example in academia, we learnt the fundamentals of computer science through older, lower level languages like C, where we had to be much more aware and explicit of the details of running programs. This entailed building of a more primitive type, managing memory usage, switching thread contexts, etc.Then with the emergence of popular dynamically typed languages like Javascript, Python, Ruby, etc, the runtime environment could take care of choosing how an object is represented in memory and other aspects, so that the programmer could focus on higher level details.Looking forward, I see this trend becoming only more prominent. Soon everyday hassles for programmers like concurrency and garbage collection will be completely abstracted away by runtime environments and virtual machines. This will also extend to code for "connecting" modules of programs together as well; hopefully the efforts needed to map database entries to objects, serializing and deserializing objects, and formatting in general will vanish.These languages will integrate a variety of programming paradigms with them; soon every language may have OOP-like qualities and functional programming-like qualities, and the programmer will have the flexibility to use each as he or she sees fit.

Kate was born in the USA. She worked for Microsoft on projects like Cortana and Windows 10. She is now a backend software developer at Number26. 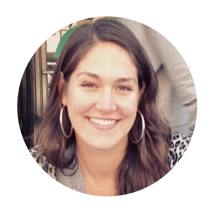 My thoughts on the future of programming are more practical - how can this profession support older people? People who don't stay "up to date"? How will the community work to evolve and provide job security for its oldest members? As a woman and a feminist, and also a queer woman who will never be tied to a man's income, I think about how I can stay relevant to my field and continue to have job security as I grow older. Is our field growing at a pace that we won't be able to keep up with in 10 years? 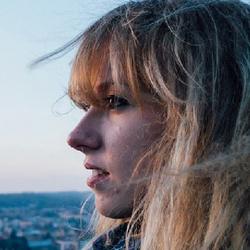