Step-by-Step Guide to the German Visa for Developers

Honeypot offers free visa support for all non-EU developers hired in Germany through our platform. We believe that for European tech hubs to be great, they need to compete on par with San Francisco in terms of talent attraction. First step is to know all about the visa process here in Germany.

70 percent of software developers working in Silicon Valley in 2013 were foreign-born, fuelling innovation in the Bay area. Aspiring startup hubs in European cities, often looking to mirror San Francisco’s success, traditionally boast a less impressive trail of statistics when it comes to hiring from abroad:

Below we detail the process of getting the visa in Germany. If you want more information about the Blue Card you can read this post.

Zentralstelle für ausländisches Bildungswesen (ZAB): The ZAB is the Central Office for Foreign Education. The ZAB issues the Statement of Comparability for Foreign Higher Education Qualifications, which facilitates access to the German labour market for holders of foreign higher education qualifications. 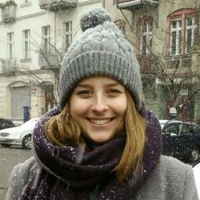 Ewelina is an Account Manager at Honeypot. She is from Poland and before moving to Berlin, she lived in Copenhagen. She loves Scandinavian languages, tries to read a book a month and is addicted to Friends.

Over 1,000 candidates sign up weekly and over 1,500 companies hiring with us.